10 things not to miss on Lake Garda

You could well define Lake Garda, Italy’s largest lake, as a sea nestled between mountains, views stretching over the horizon and a collection of varied landscapes to last a lifetime. The beauties of this special area in north-eastern Italy have been celebrated ever since antiquity and the charm is still intact, visitors enjoying a series of activities and experiences to suit all tastes. With such a varied pool of staggering places to draw from, selecting the right places may sound like a tasking job. Fear not. We have done the work for you and want to share some intriguing, riveting places on Lake Garda for a memorable time.

1. See a near-floating castle in Sirmione

A fabulous place in an idyllic setting, Sirmione boasts many beauties, remnants of it ancient Roman past – such as the mesmerizing Grotte di Catullo – and hosting the only thermal SPA on the lake, attracting numerous tourists. The spectacular Rocca Scaligera, dating back to about 1250, is perfectly conserved and defines the idea of fairy-tale: suspended over the water, it rises out with imposing, yet delicate manners. Climb up its 146 steps to catch a glimpse of the surrounding ethereal landscape and if you want to reach the historic centre of Sirmione, you will have to go through its gates.  Stemming from Verona, the Della Scala was an influential family who expanded its web of power well across the borders of the city between the XIII and XIV centuries. In addition to this spectacular building, the potent family had other castles built in the area, such as the Castello Scaligero in Malcesine, Torri del Benaco, Valeggio sul Mincio and Castelvecchio in Verona, to name a few.

Chinese erudite T’sai Lun may well have invented paper in the III century AD, but Italy played a pivotal role in its dissemination, Fabriano in the Le Marche region still being held in high regard to this day, its contribution with excellent paper industry dating back to the XII century. Italy being the place of artisan artistry, you can find an equally relevant paper mill in the twin hamlets of Toscolano Maderno, on the Lombardy shore of the lake: a visit to the Paper Museum is a pleasure.  Already active in 1381, after Johannes Gutemberg invented the movable type press in 1455, its activity started blooming, supplying top-quality paper to everyone, including Martin Luther. The place is also renowned for its fabulous beaches, among the prettiest on the lake.

3. Savour the gold of the lake: Saffron

Enjoy saffron once and you will fall in love. A sought-after and much loved spice with a pungent aroma and unmistakable, vivid yellow colour, it is employed in delicious, appetizing dishes that add hues to our lives. Although the exact origins of this refined spice are unknown, it is believed to originate from Asia Minor and then reached Europe in the Middle Ages. You can find saffron cultivations in several Italian regions, among which Le Marche, Sicily, Sardinia and Abruzzo, and even the mild shores of Lake Garda. The refined flowers of Crocus Sativus are in fact to be found at the foot of Monte Baldo, in Prevalle and Gargnano,  but also on the southern part of the lake, in Desenzano del Garda and Lonato. It is cultivated without the use of fertilizers or pesticides, and it is also an excellent natural anti-oxidant, rich in vitamin B, that fights against free radicals and acts as aphrodisiac. Seeing is believing!

4. Cycle on a suspended path

Lake Garda is a magnet for sports lovers as any kind of activity can be undertaken here, from scuba diving to windsurfing, hiking to canyoning, climbing to cycling. You may be into downhill trails or epic road bike routes, but you may also cycle along a suspended cycle path. The Garda Cyclepath will link Limone sul Garda to Riva del Garda, with subsequent extensions planned in the future, linking nineteen places on the lake: you can now start in Limone sul Garda and cycle as if suspended in mid-air, magnificent views on to the lake stretching in front of you. This is a thrilling experience indeed, and you can search for more, close by: why not cycle up to Tremosine and Tremalzo, a mountain pass in Trentino? You will get glimpses of staggering Lake Garda from an original viewpoint. Let’s go cycling!

5. On the trails of the most delicate olive oil

Few places in the world seem to offer tantalising experiences as Italy, where an innate penchant for hospitality always leaves guests impressed and content. Even more so when they discover that this is the place of superlative art and architecture, but also the land where foodies float on cloud nine. An almost endless source of excellent raw materials, Lake Garda too adds superlative products, such as its refined, elegant extra virgin olive oil. Although supplying a small fraction of the entire peninsula’s olive oil production, the microclimate of the lake makes for the ideal place for delicately scented olive oil, the best companion for yummy fish recipes. Grown ever since the III century BC, it was awarded the DOP label in 1997 and you can find cultivations around the entire lake, with an interesting museum in Bardolino  and you can go an a tasting tour at the various olive presses, such as the one in San Felice del Benaco, and at the Consortium in Malcesine.

Set inside a private natural park in Tenno, in the northern side of the Lake, the evocative, electrifying and astounding Cascata del Verone (Verone waterfall) is a natural wonder. Water descending down sheer limestone cliffs, you can walk through the narrow inner circles of this magic ravine to see and feel its potency. You will get wet, and that’s where the beauty lies: walking inside the gorge, there exist several viewpoints, with two caves inside this geological powerhouse, and they are all sublime. Allegedly Thomas Mann found inspiration to write his novel The Magic Mountain here. Will you be inspired, as well?

Loved by Catullo, Goethe and Gustav Klimt, Lazise is a picture-postcard lovely place on the southeast shore of Lake Garda. Some say that its main square reminds of St.Mark’s in Venice: the small harbour is certainly scenic and truly attractive. You could walk and admire its well-preserved walls, the lovely marble and brick promenade, then explore Romanesque Chiesa di San Nicolò, hosting XIVth century frescoes, then see the magnificent Rocca Scaligera to the south of the harbour. The first free municipality in Italy, at the end of the first Millennium AD, its history saw the Serenissima leaving its mark, such as the lion carved on the Porta del Lion on the south gate, recalling St.Mark’s lions. Hosting a vast number of events, from regattas to wine and oil festivals, Lazise is truly spectacular.

There must be a reason why the historian and politician Xenophon wrote a treatise on horses – Peri Hippikes –  as early as the III century BC: these elegant, powerful and graceful animals can become true companions and have been represented in paintings, frescoes and artworks across the centuries, symbolising the strong bond that can originate between men and horses. Why not explore the lovely lake Garda surroundings on a horseback, riding on Monte Baldo, on the Tremosine plateau or along the Bardolino vineyards? You can find several riding schools and horse farms dotted along the lake and this will just be an extraordinary experience. See places from a different viewpoint and start exploring a truly fabulous land in the company of a trusted friend.

9. Get lost following the scent of lavender

The Mediterranean lavender shrub is loved by everyone, its colour and scent fashioning images of peaceful rest and tranquillity. Employed to craft several products, from soaps to perfumes, liquor and candles, marmalades and herbal teas, you can find lavender farms on Lake Garda, due to its mild climate, on the morainic hills of the Brescia side. Lavender is a star shrub as it features anti-inflammatory and anti-rheumatic properties, it acts as an anti-depressant and controls the nervous system, it works wonders on skin irritations, and also encourages sleep and digestion. No wonder it is so precious and loved the world over.   Admiring colourful violet hills can be a perfect excuse for a hike or a bike ride, in a lovely area where the scent of lavender sets the tone for joyful days.

10.  Take photos from a panoramic viewpoint

A majestic place such as Lake Garda offers magnificent vistas, everywhere you go, rolling hills juxtaposed with sheer cliffs, romantic castles and elegant villas dotting the shores of Italy’s largest lake. Take the eclectic and bombastic Vittoriale in Gardone Riviera, Rabbit Island in Punta San Vigilio on the opposite side of the lake, the views from Sirmione onto the vastness of the lake, or the Altissimo Hut on Monte Baldo. You could hike to Punta Larici, suspended between Lake Garda and the Ledro Valley, for a jaw-dropping panorama, or reach the Terrace of Thrills in Tremosine, a vertiginous terrace suspended over 350m above the lake. The appeal and lure of the lake is there for you to enjoy. 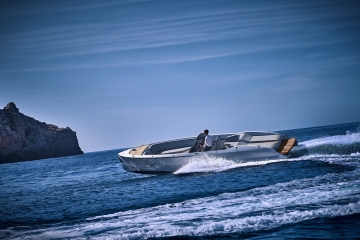 The sweet melody of summer on Lake Garda 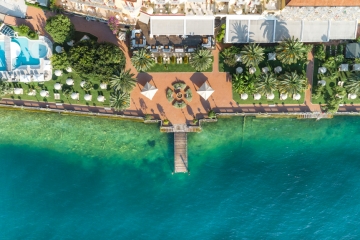 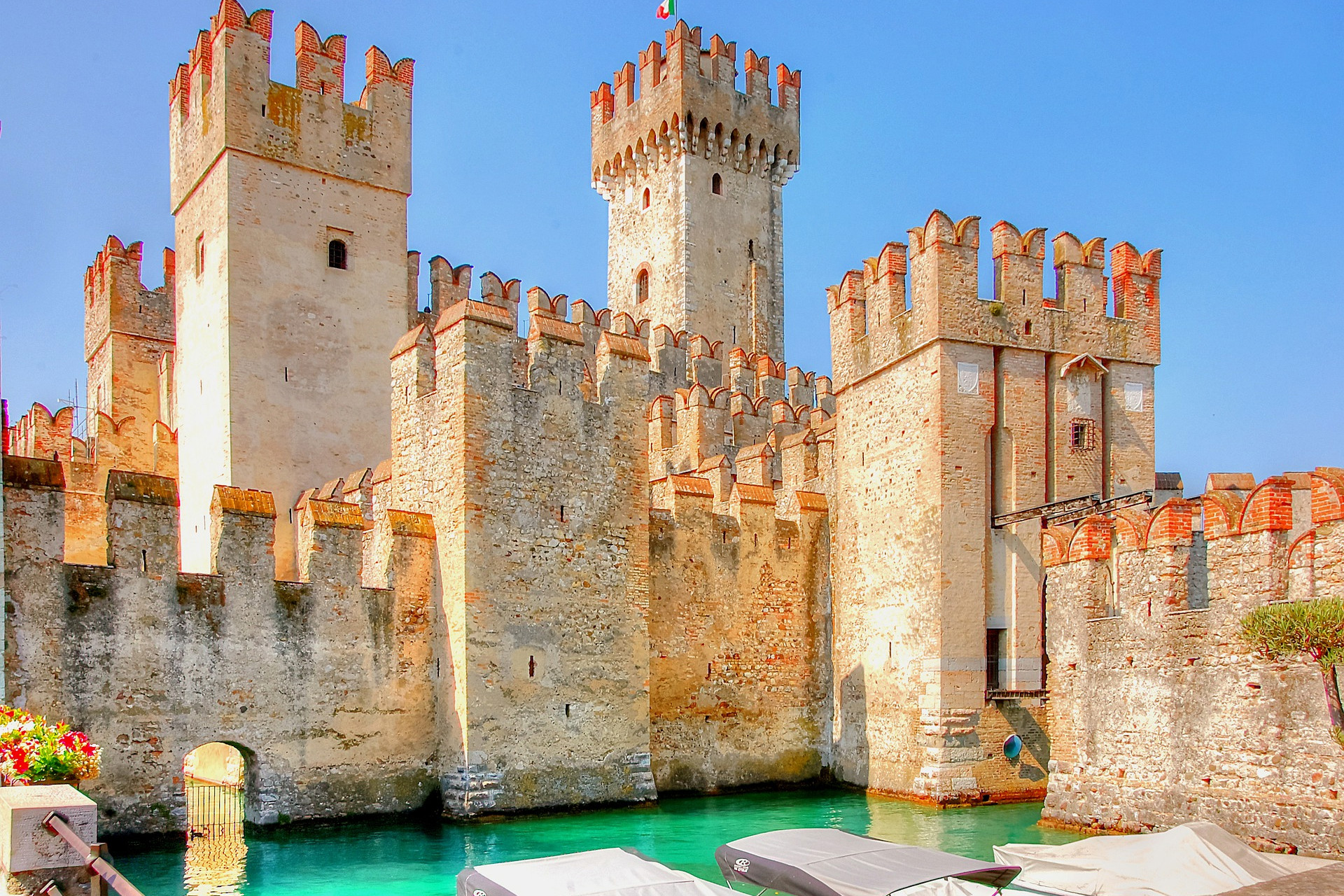 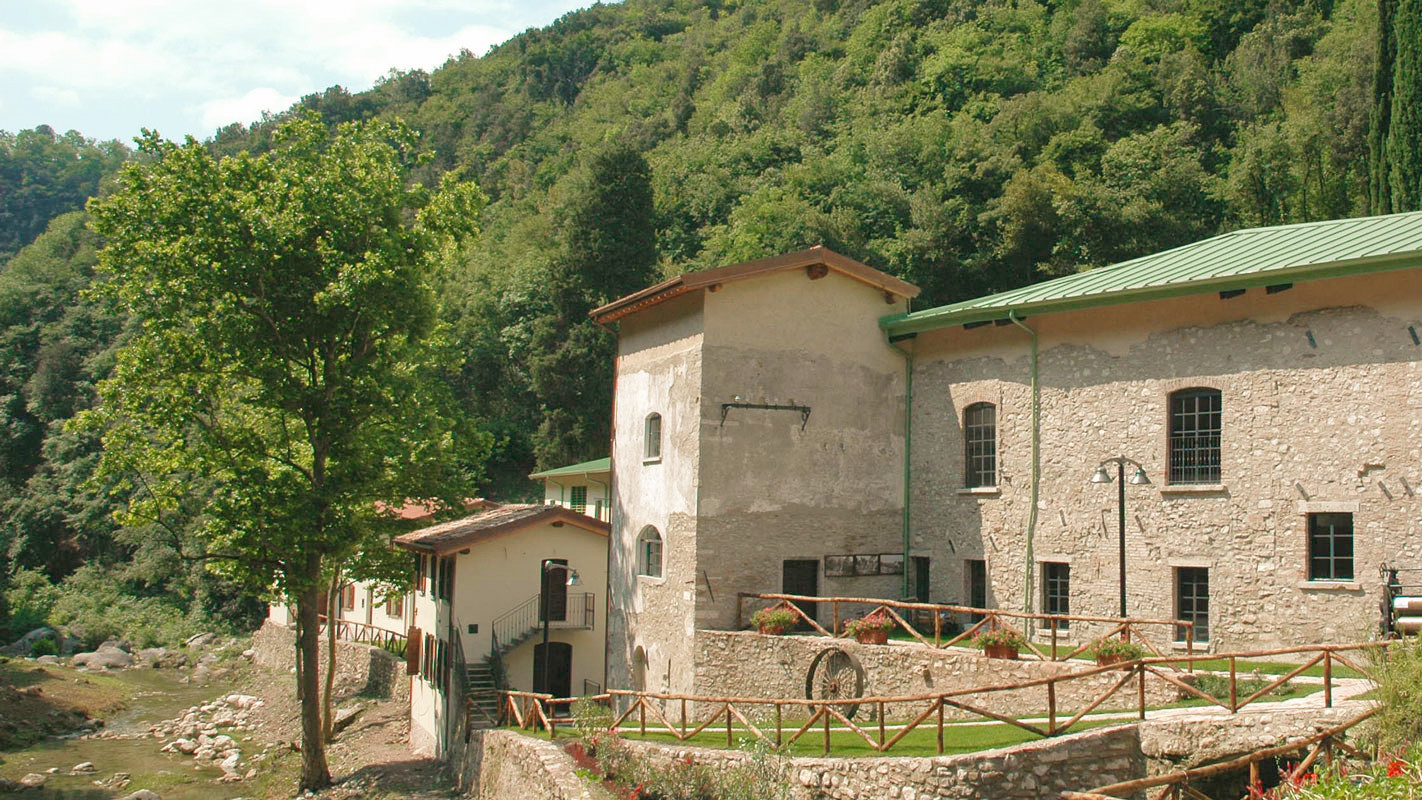 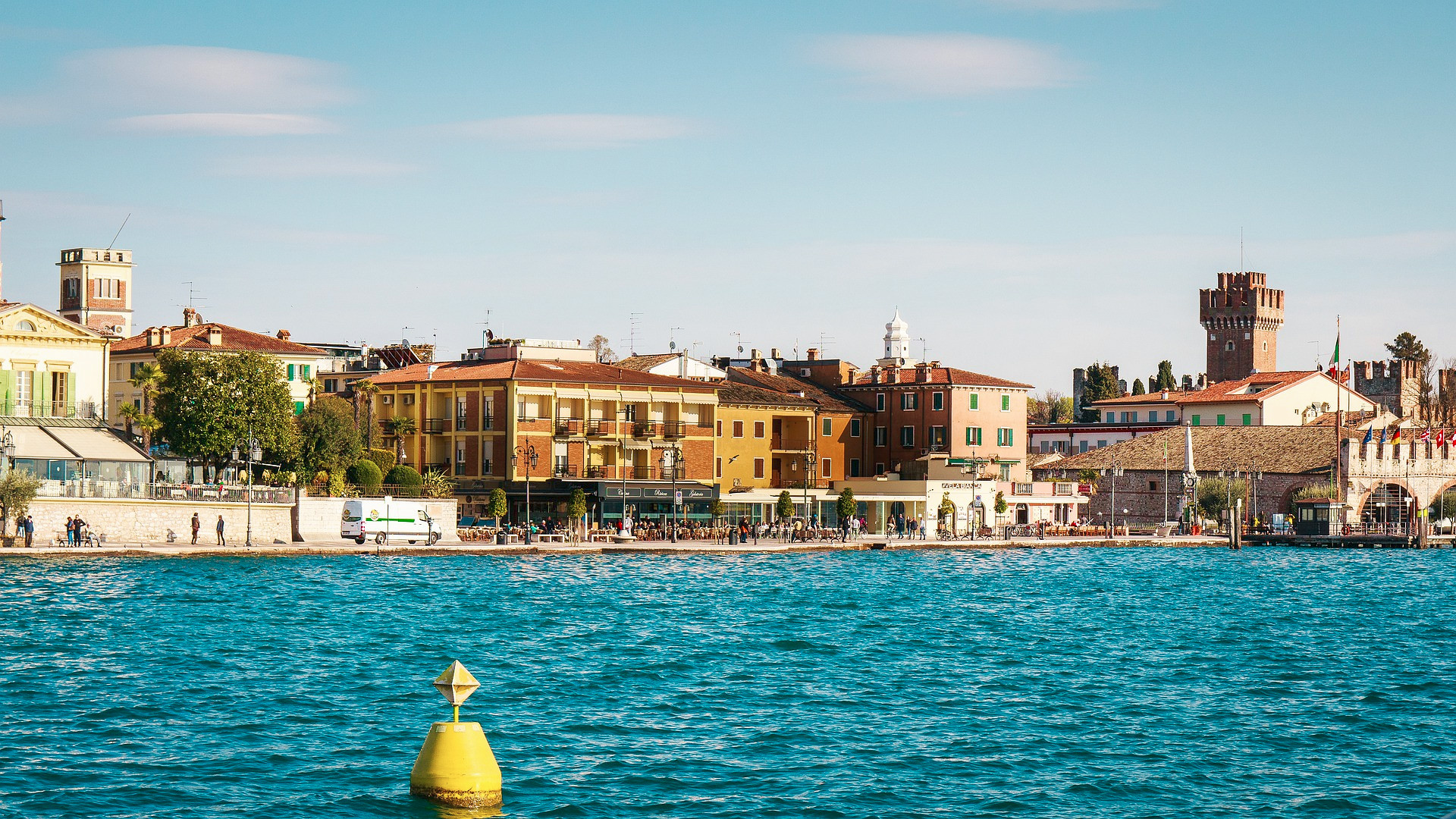 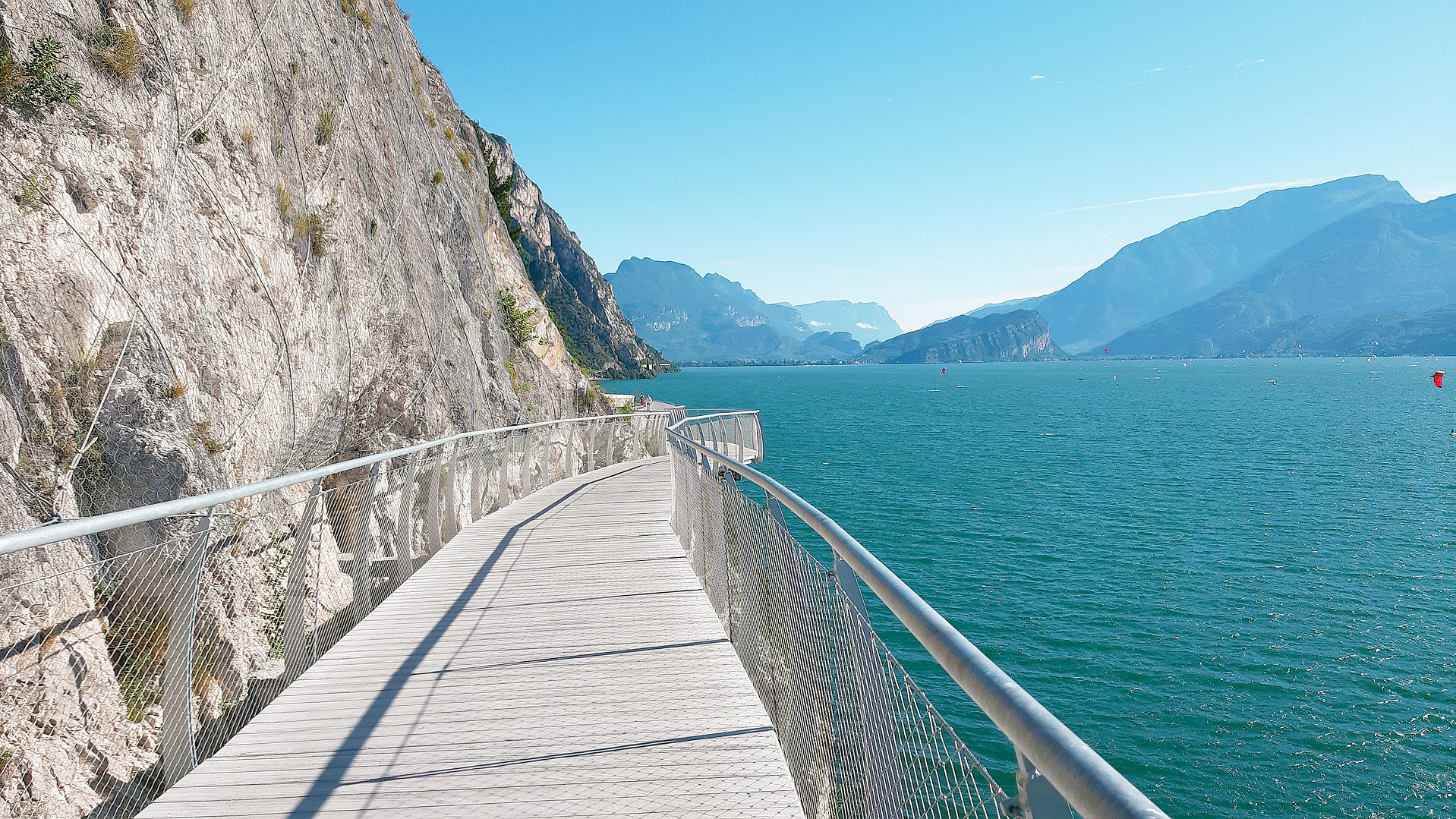 at the best conditions
This site uses cookies, including third parties, to send you advertising and services in line with your preferences.
If you want to learn more or opt out of all or some cookies click here.
By closing this banner or continuing with the navigation and accessing any external element to this banner, you agree to the use of Cookies.